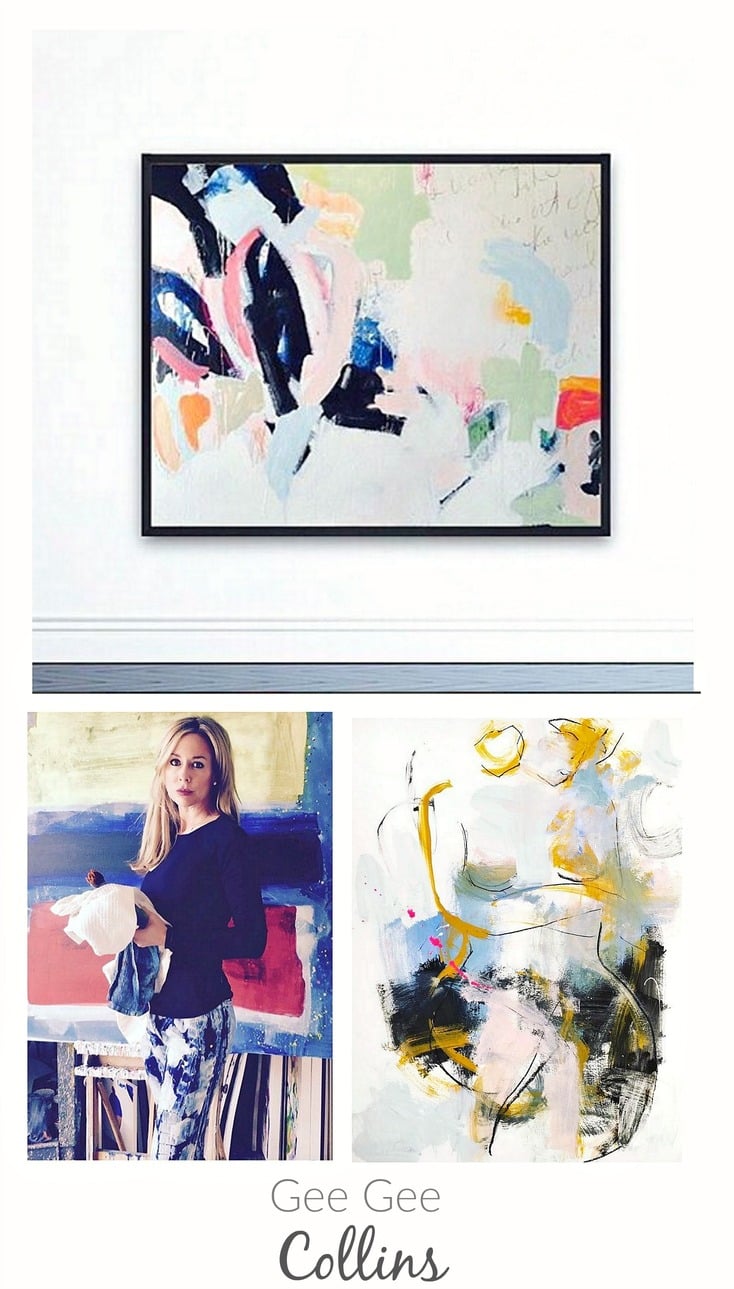 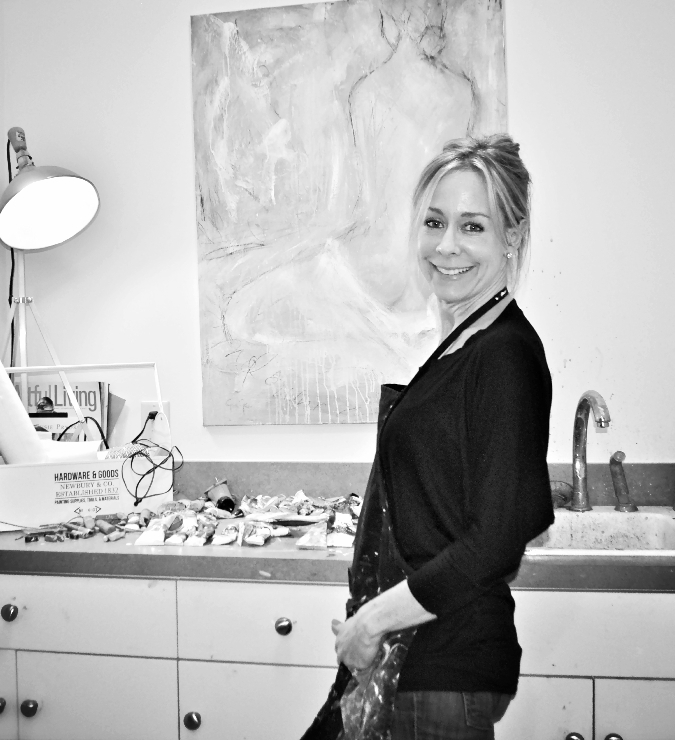 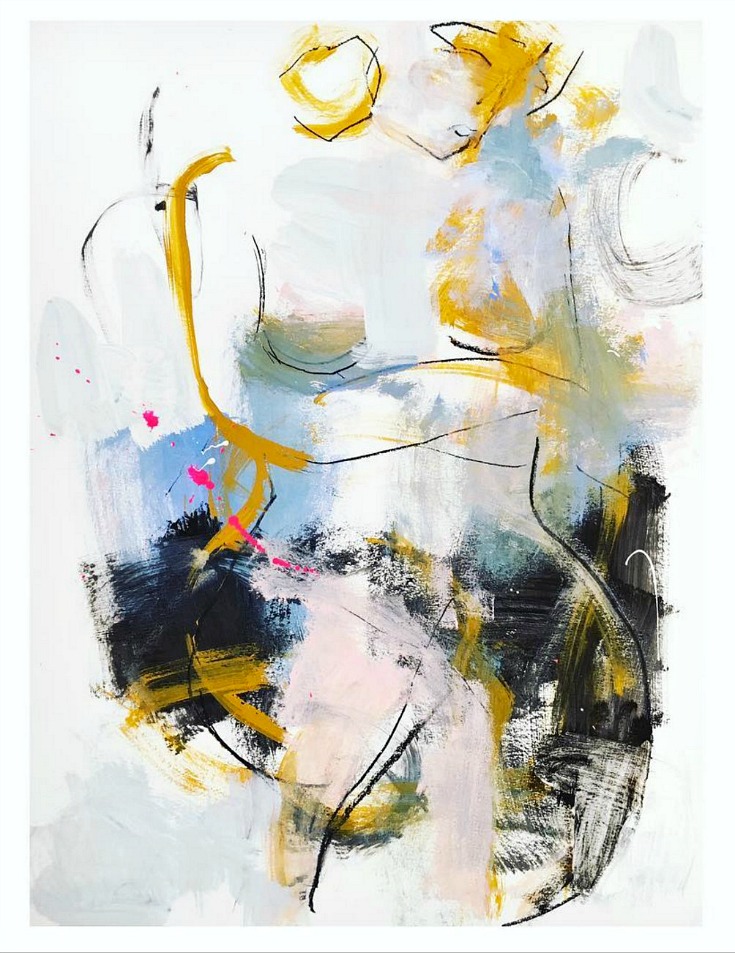 Gee Gee’s painting is featured on our free printable artist collaboration calendar that we shared back in January here. 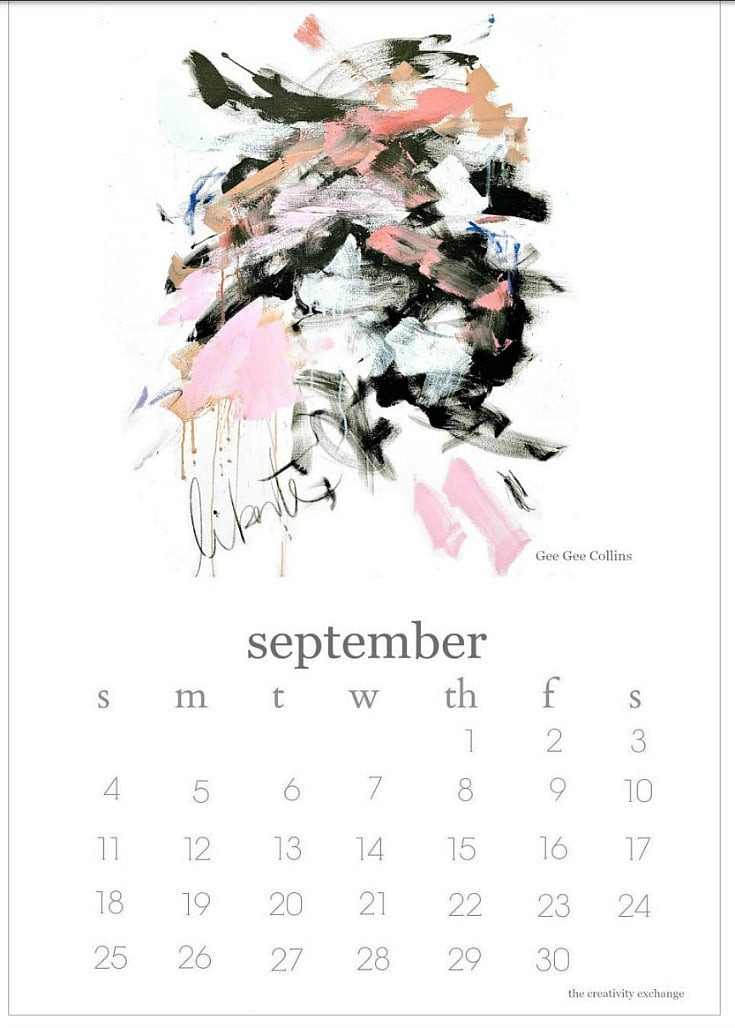 I have been so excited to highlight Gee Gee and her amazing work.  Gee Gee is one of the sweetest artists that I have connected with and she’s also from my hometown of Minneapolis, Minnesota.

Gee Gee is a master at color, composition and balance in a way that is mind blowing.  She is also a master at hitting all the artistic high notes in her work and I’m so inspired by everything she does.

It has been such a joy seeing Gee Gee’s latest works on Instagram here.   She always shares sneak peeks of her paintings on Instagram and her feed just makes me smile.  Just look at sample of Gee Gee’s Instagram feed! 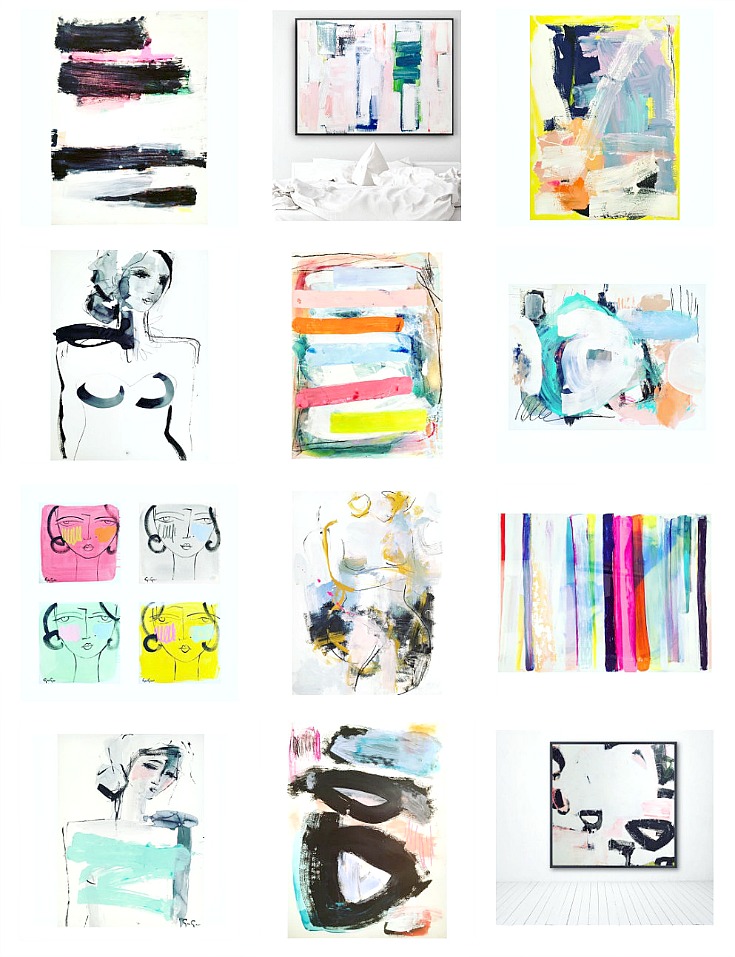 Gee Gee paints abstracts, florals, color transparencies and faces. Here are a few of my favorites! 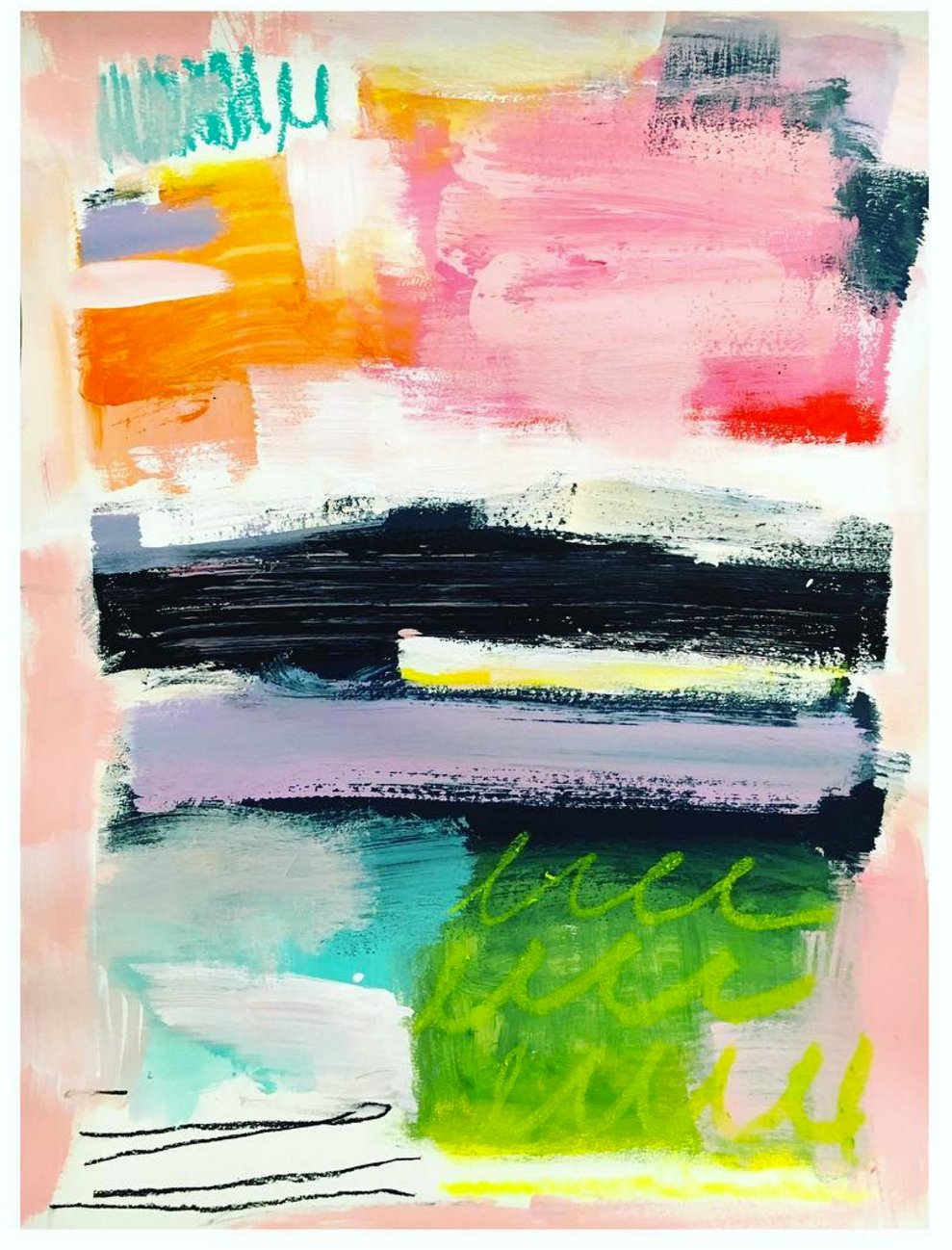 I am so obsessed with this amazing color transparency! 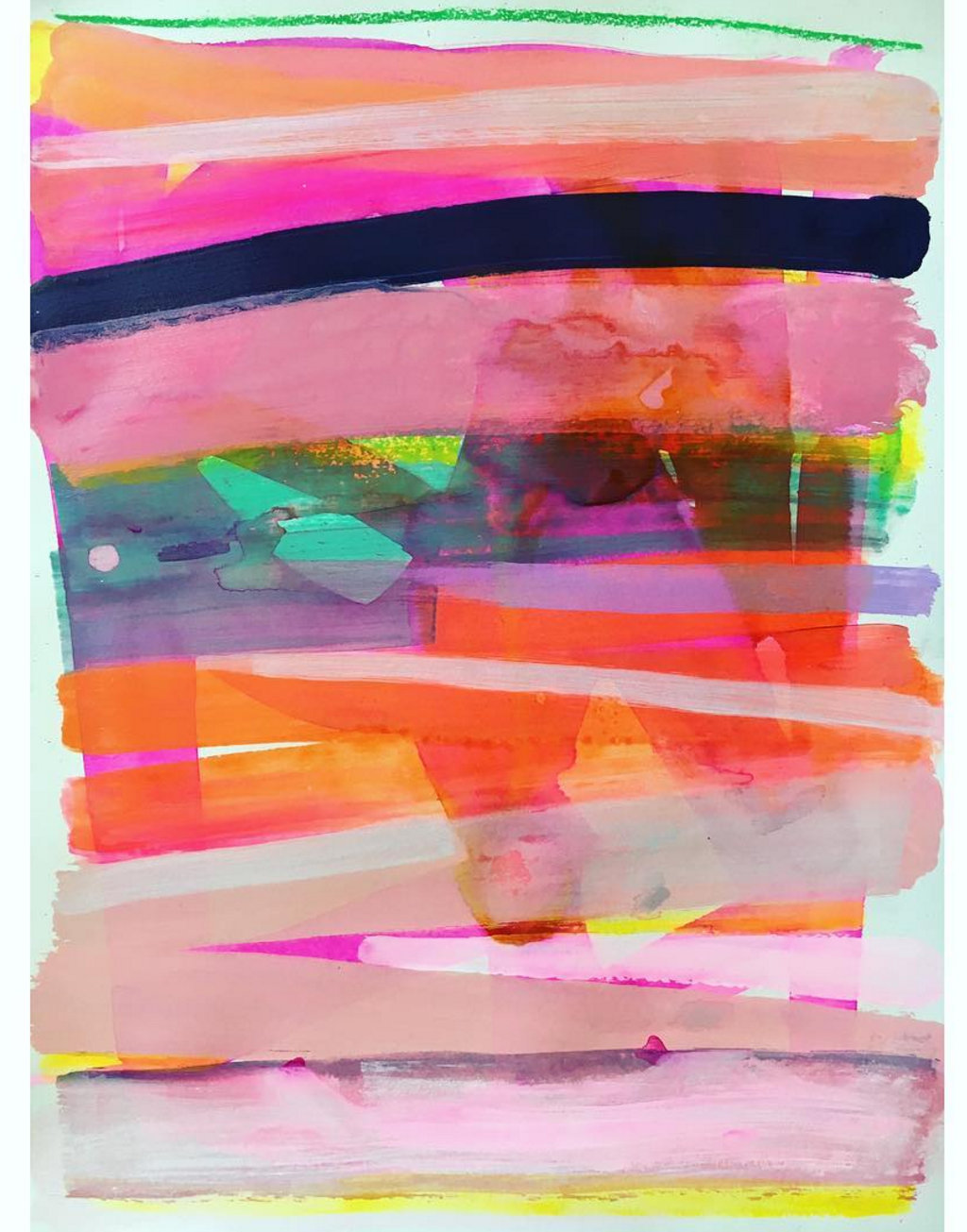 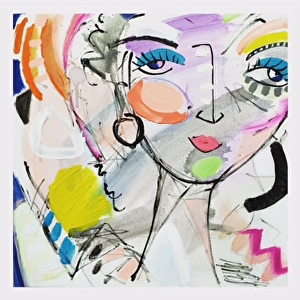 I love this painting called ” Lunch with Franz Kline and Motherwell“ 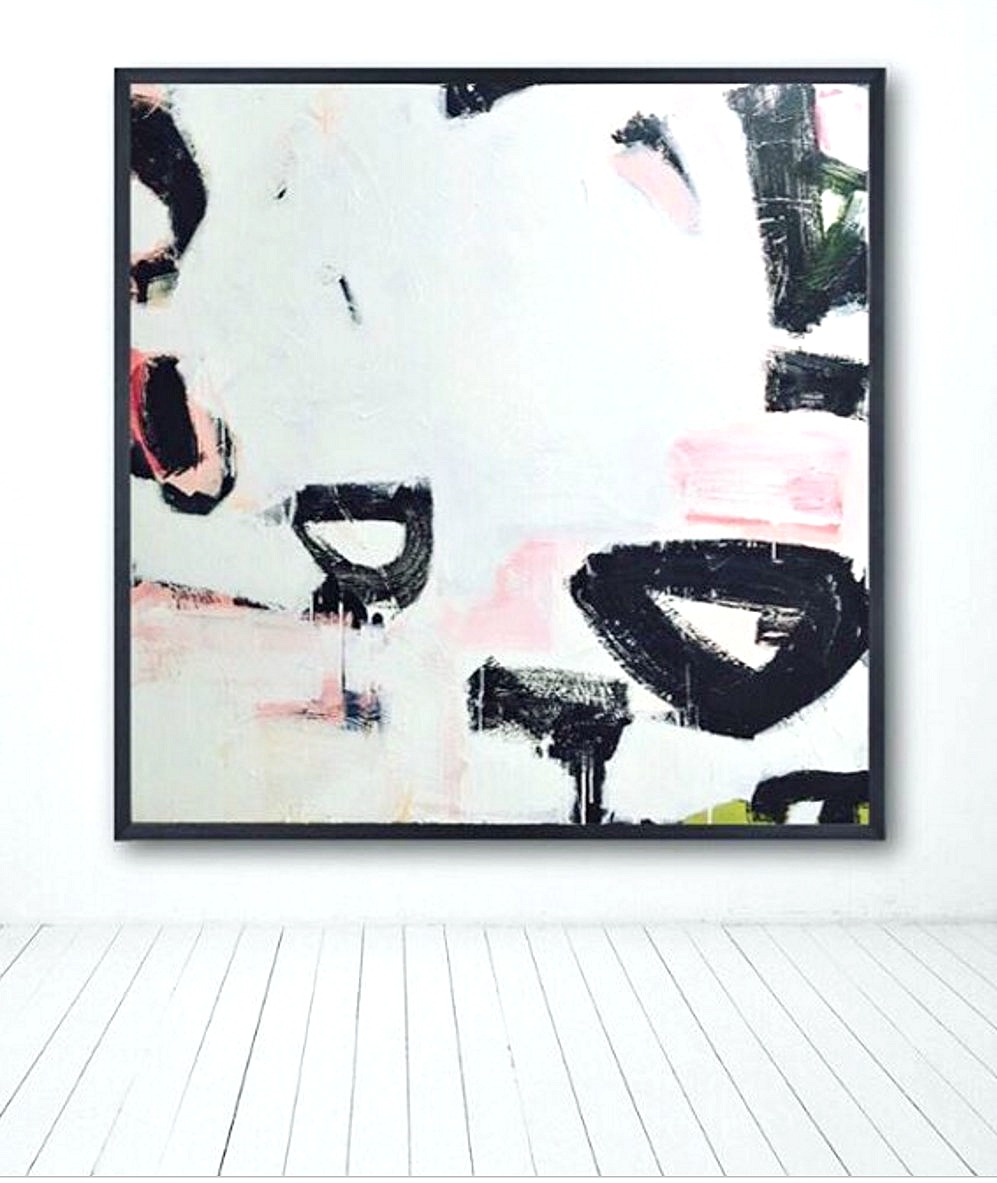 Gee Gee was born and raised in Atlanta, Georgia. She studied painting at the College of Charleston under abstract painter Michael Phillips and received a bachelors degree in Fine Art from the University of Georgia. She also studied drawing and painting in Cortona, Italy. 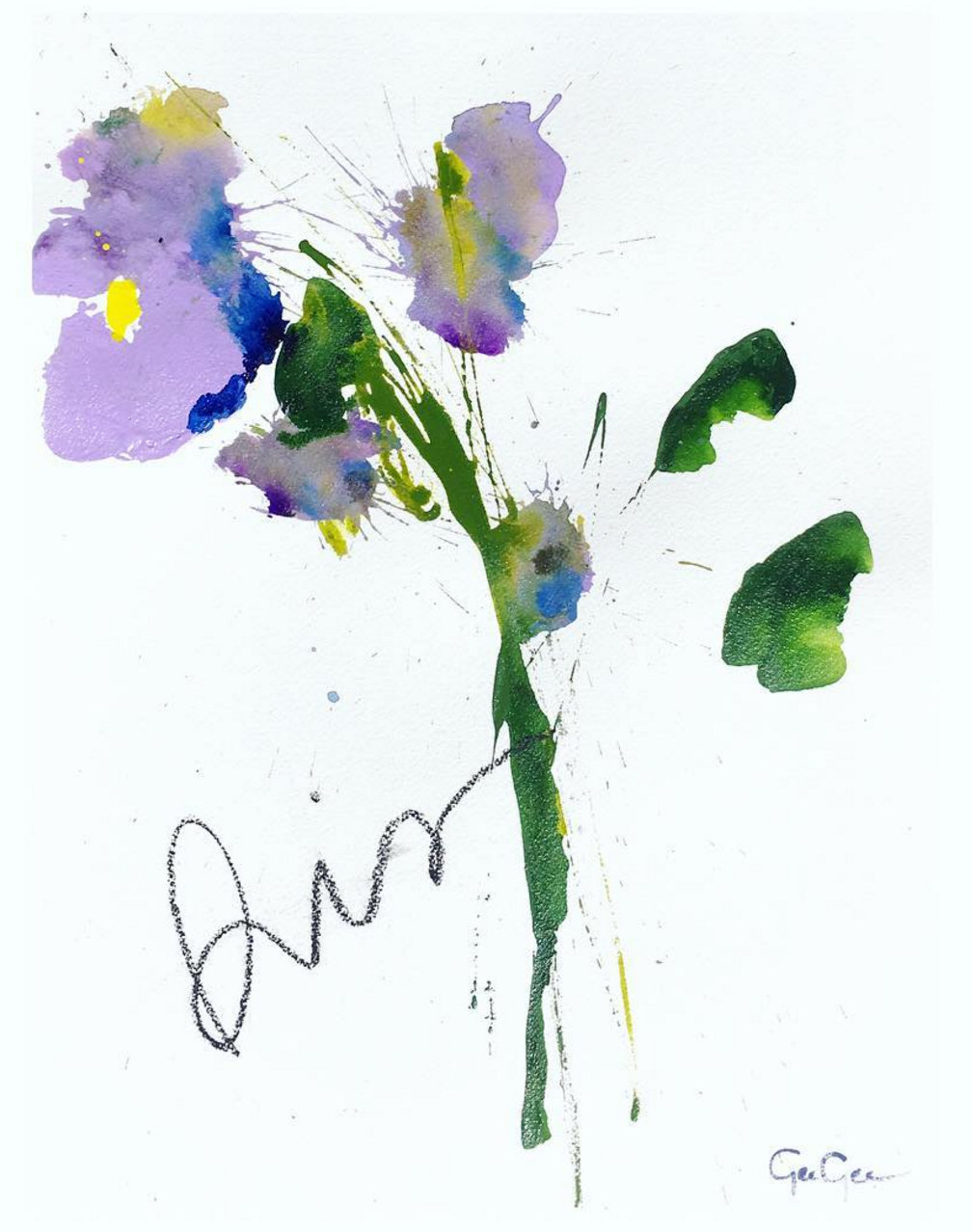 Gee Gee’s bold brush strokes and colorful palette combine to create layers of paint that give each piece a history and an ethereal quality. She approaches the canvas with ease and spontaneity, resulting in paintings filled with energy and movement.  It’s the “joie de vivre” in her paintings and her strong sense of color and design which has quickly caught the eye of collectors across the country and abroad.

I am so honored to highlight Gee Gee today and if you get the chance, you can learn more about Gee Gee and look through her stunning paintings on her website here.

If you happened to miss last month’s Artist Spotlight featuring Lesley Grainger, you can check that post out here. 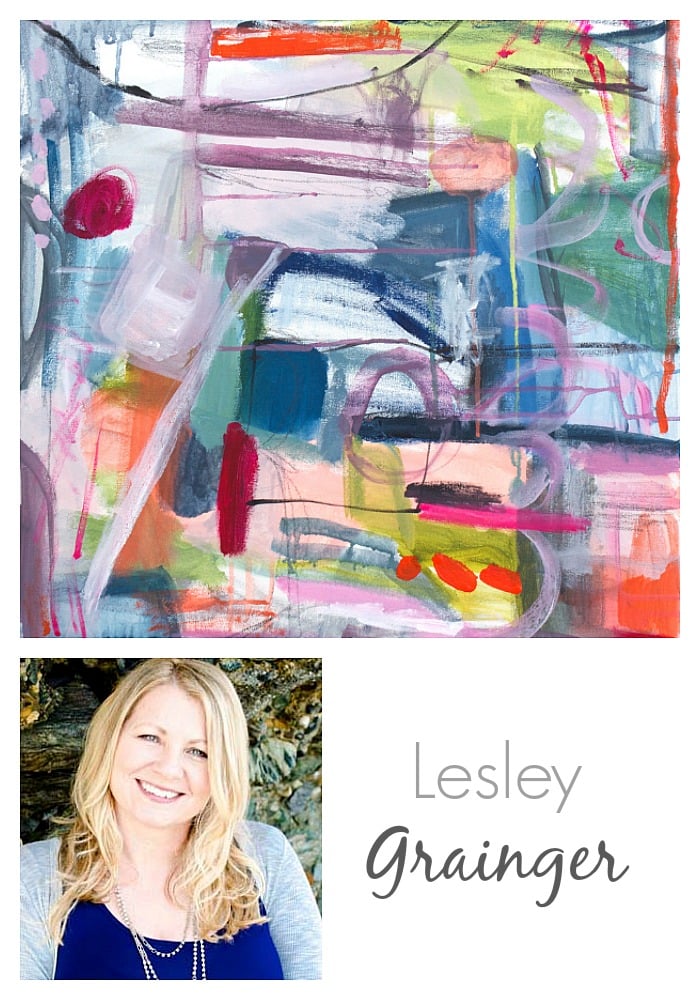 Thanks for stopping by today!