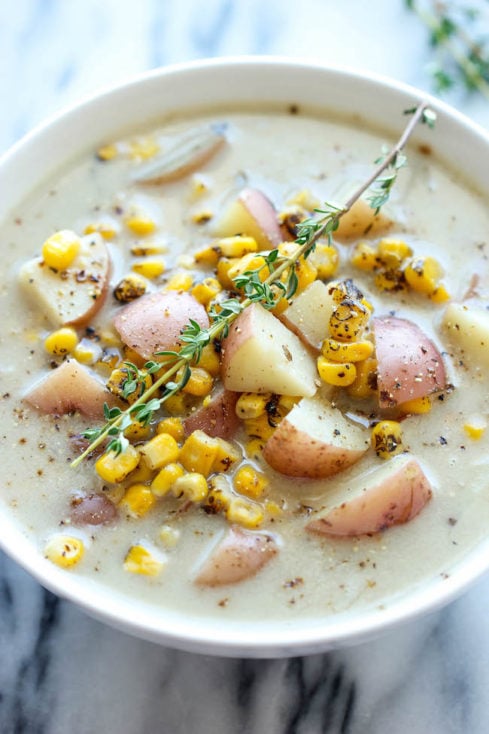 As I write this, snow is falling, the wind is howling, and the temperature outside is dropping. What better day to stay inside; fill the slow cooker with healthy ingredients; and enjoy some delicious, warm, nourishing soup for dinner? Today we’ve gathered 10 creative slow cooker soups perfect for snow days—or any day!

When I think of beef and barley soup, I think of my Grandma Wagner, who simmered and stirred her soup on the stovetop all afternoon. This Slow Cooker Beef and Barley Soup is hearty and rich and takes much less effort, thanks to the slow cooker. 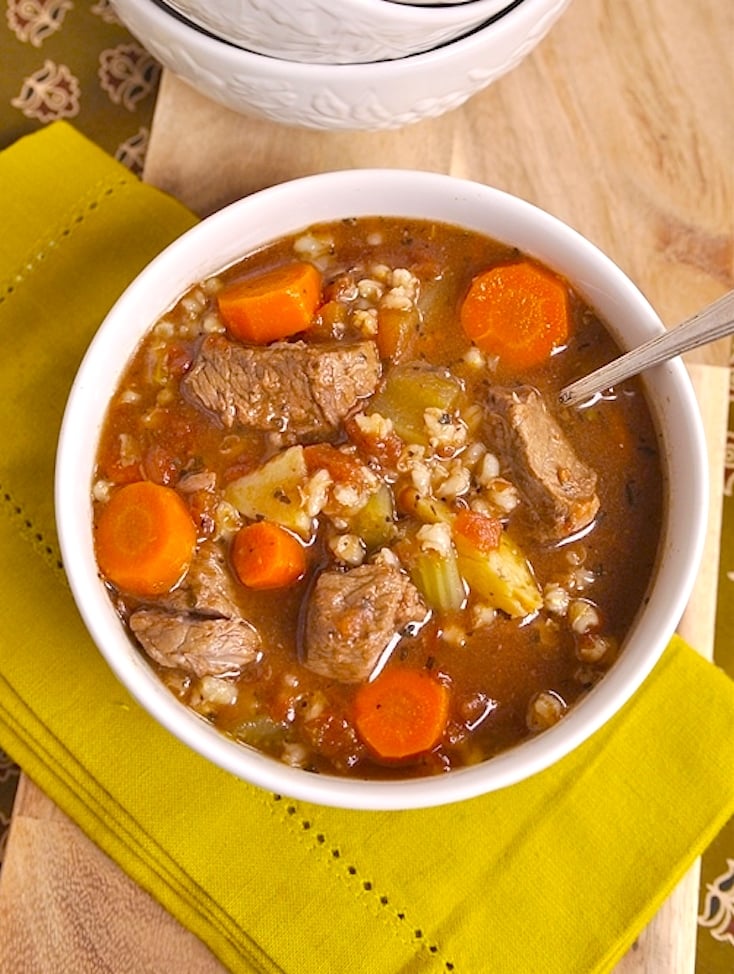 via Your Homebased Mom

On cold days—or on days you have a cold—chicken noodle soup can be just what the doctor ordered. This Slow Cooker Chicken Noodle Soup is full of comforting herbs and good-for-you veggies. 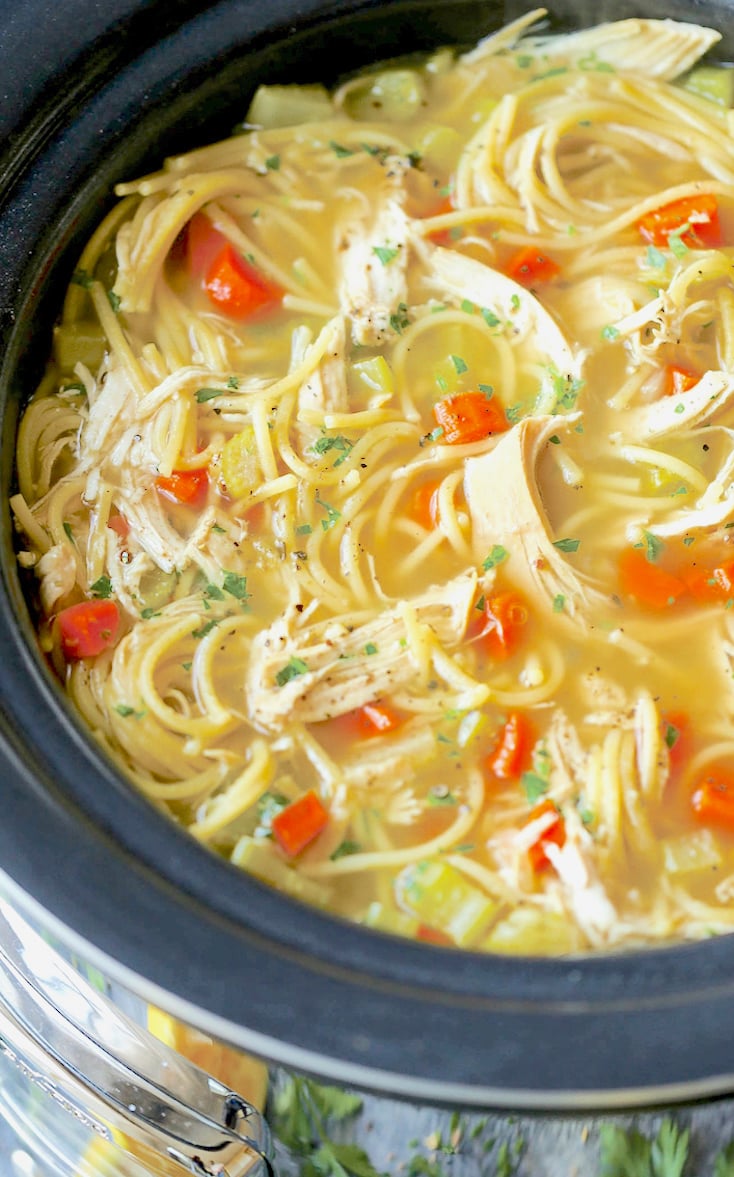 If you like chicken tortilla soup but don’t want all the heaviness that often accompanies the cream-based versions, you’ll love this lighter, broth-based Slow Cooker Chicken Tortellini Soup that’s perfect for the slow cooker. 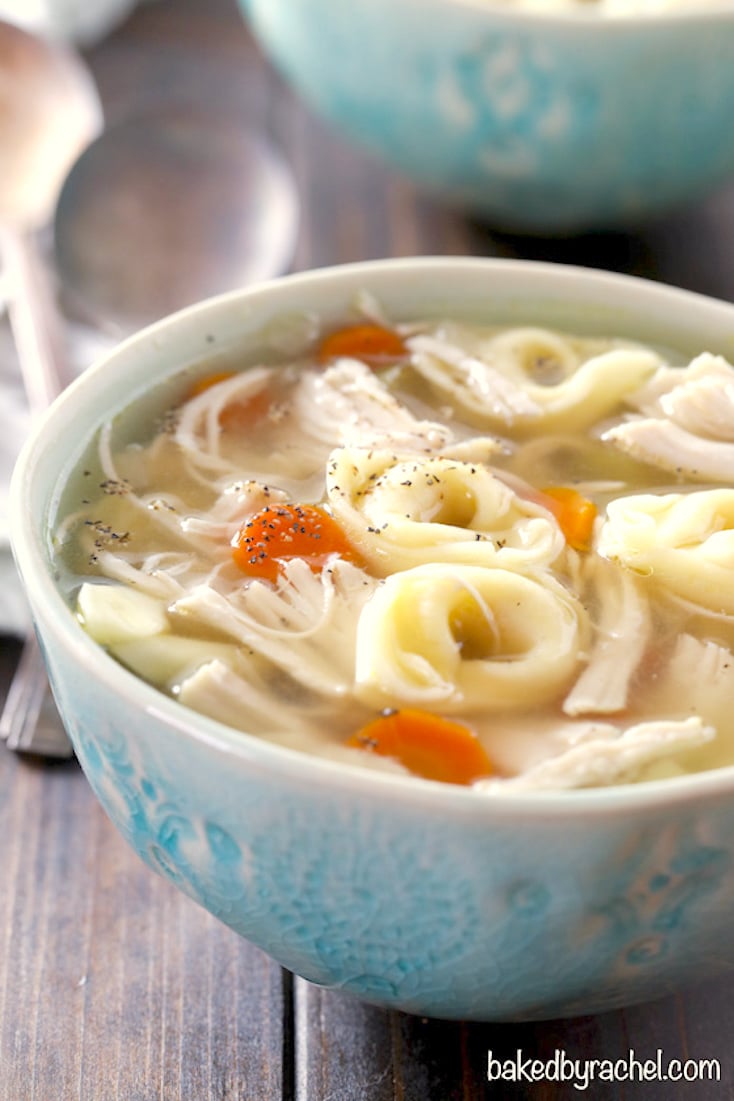 via Baked by Rachel

Do you have 5 minutes? If you do, you have plenty of time to assemble the ingredients for this creamy and delicious Slow Cooker Chicken Fajita Soup. 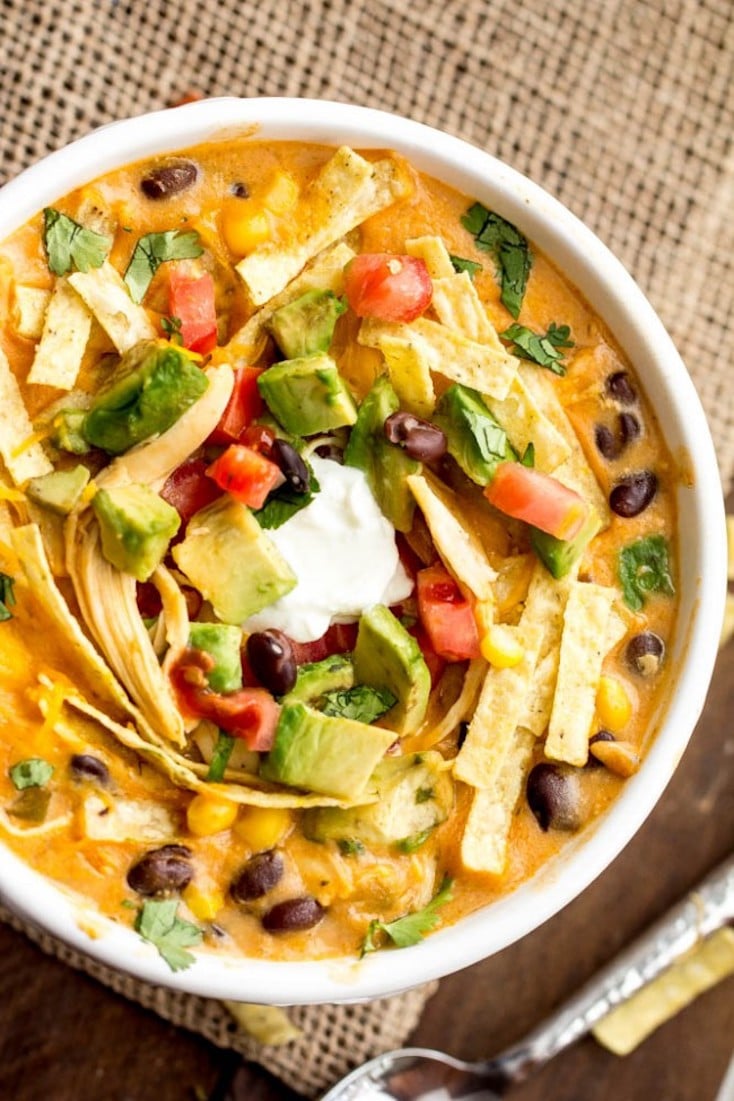 I love the combination of tomato and basil, and the two ingredients are the stars of the show in this rich and flavorful Slow Cooker Tomato Basil Soup. Be sure to try the Parmesan Cheddar Croutons, too! 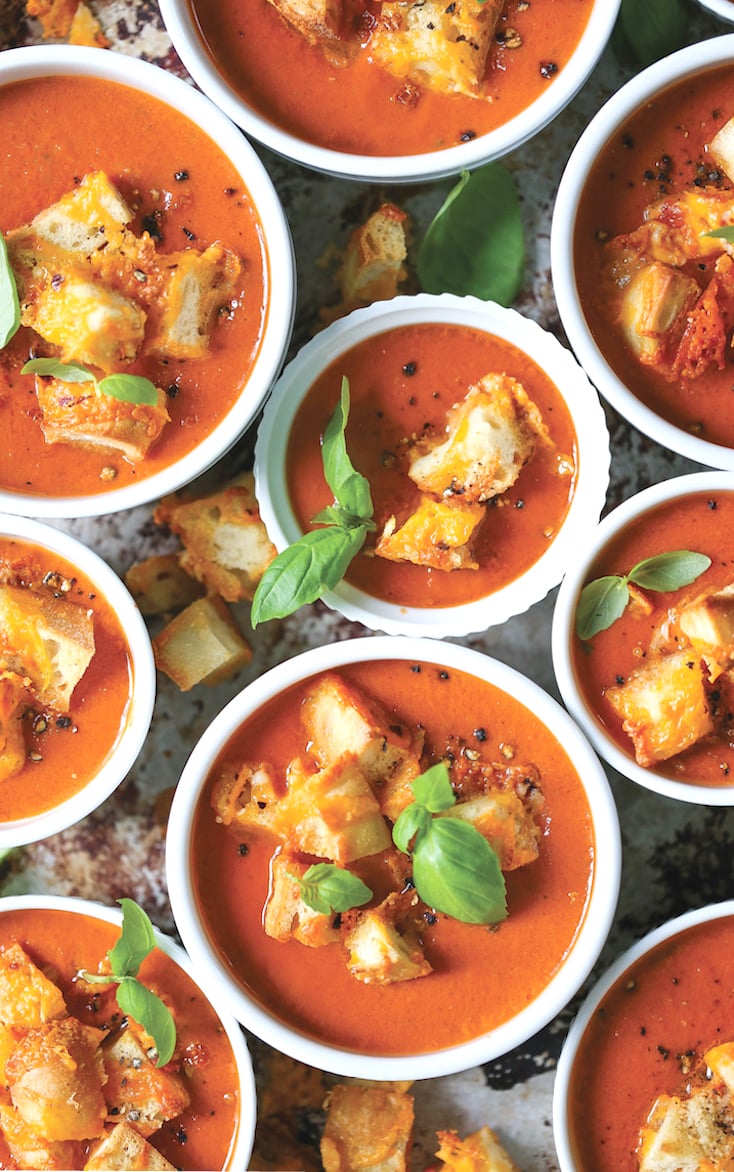 For a thick and creamy soup without all the calories and fat from heavy cream, try this gorgeous Slow Cooker Blissful Butternut Squash Soup. Butternut squash, coconut milk, nutmeg—you can almost taste it now, can’t you? 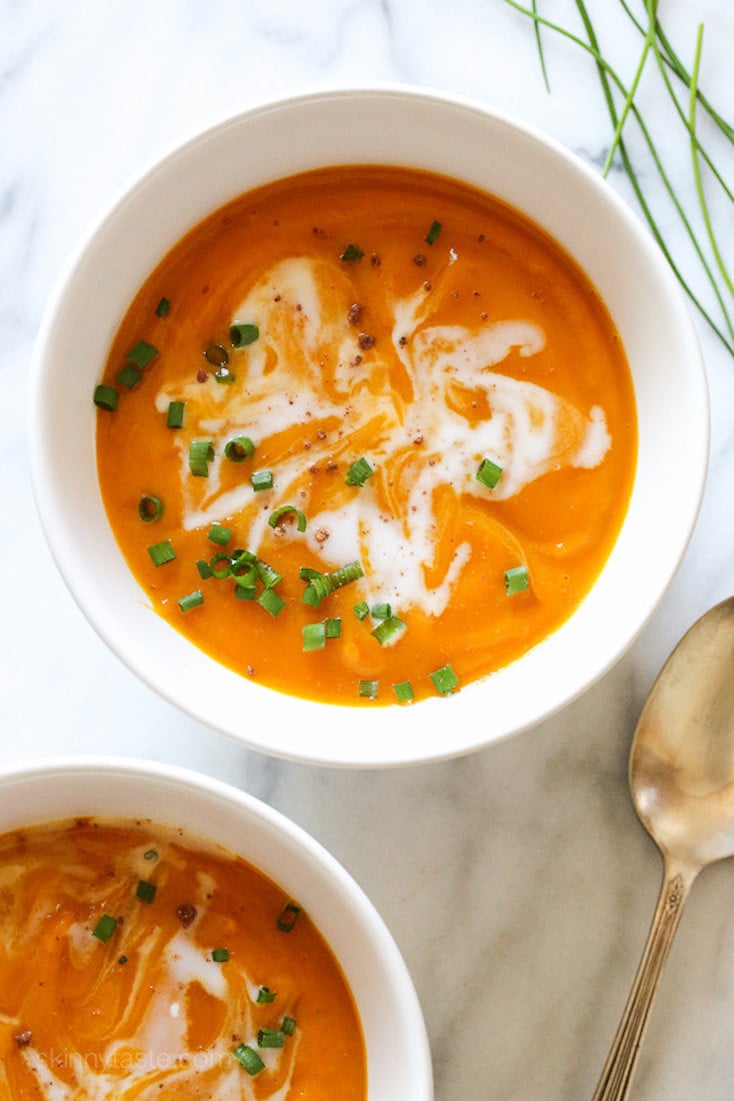 Chock full of aromatic onions and meaty mushrooms, this tasty Crock Pot Japanese Onion Soup will warm you on cool days. Substitute vegetable broth for the chicken broth for a vegetarian version. 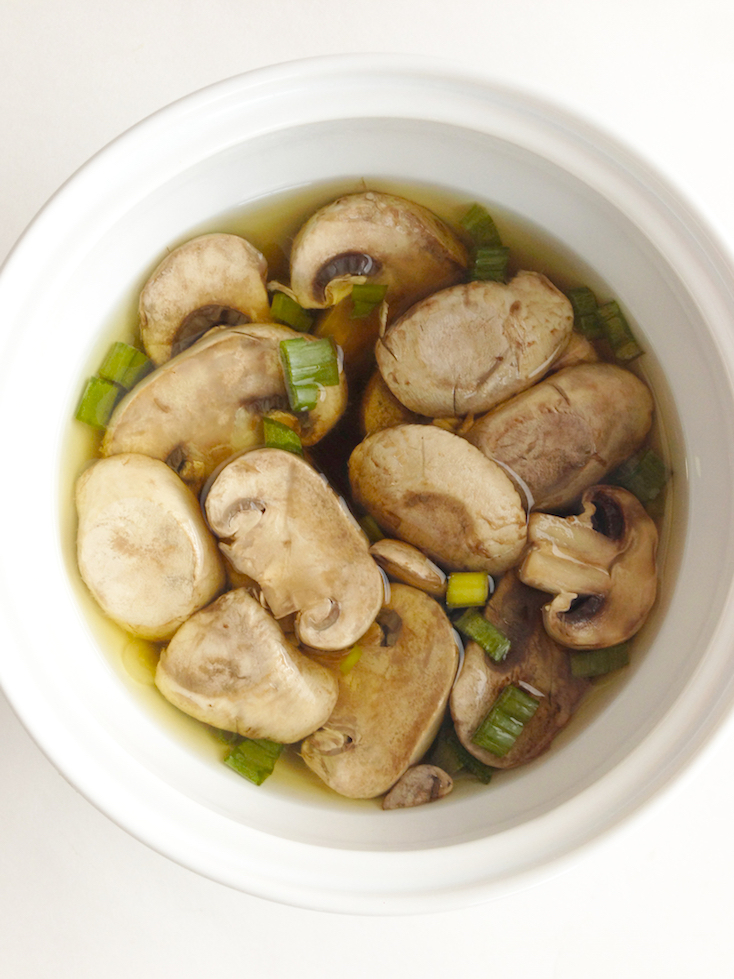 via The Skinny Fork

I’m always on the lookout for easy soups, and for black bean soups, and this Crock Pot Black Bean Soup recipe checks both boxes. It’s thick and flavorful and doesn’t require a lot of upfront prep time. 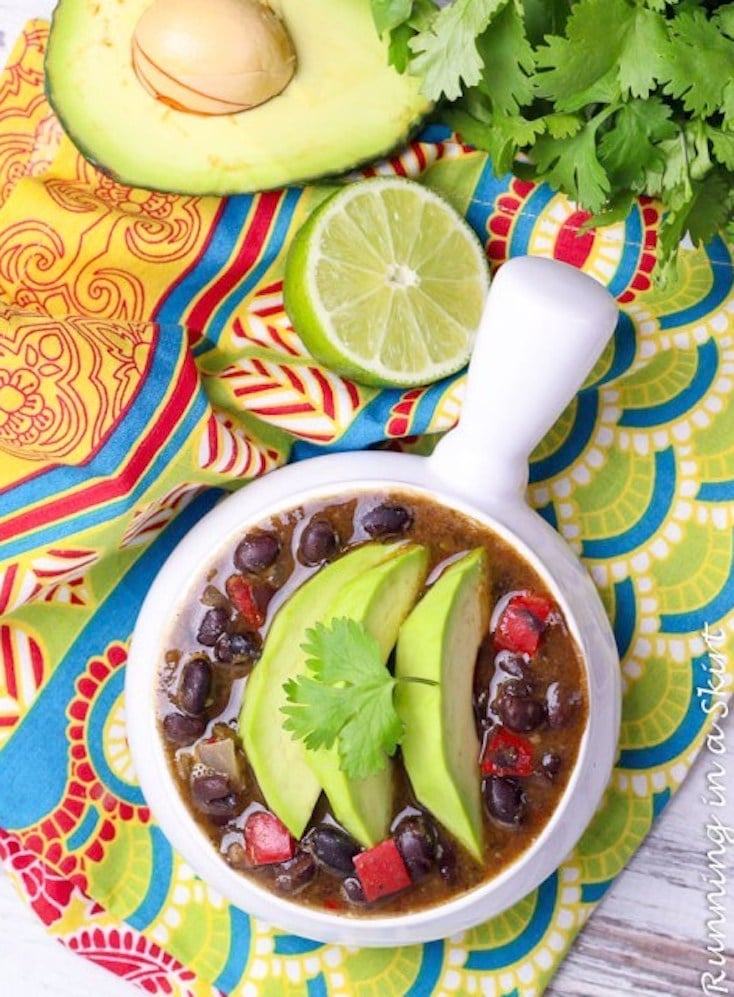 via Running in a Skirt

Potato soup was the inaugural recipe I made when I got my first slow cooker, but I don’t think it was nearly as delicious as this Slow Cooker Potato Soup, which is the epitome of creamy comfort in a bowl. 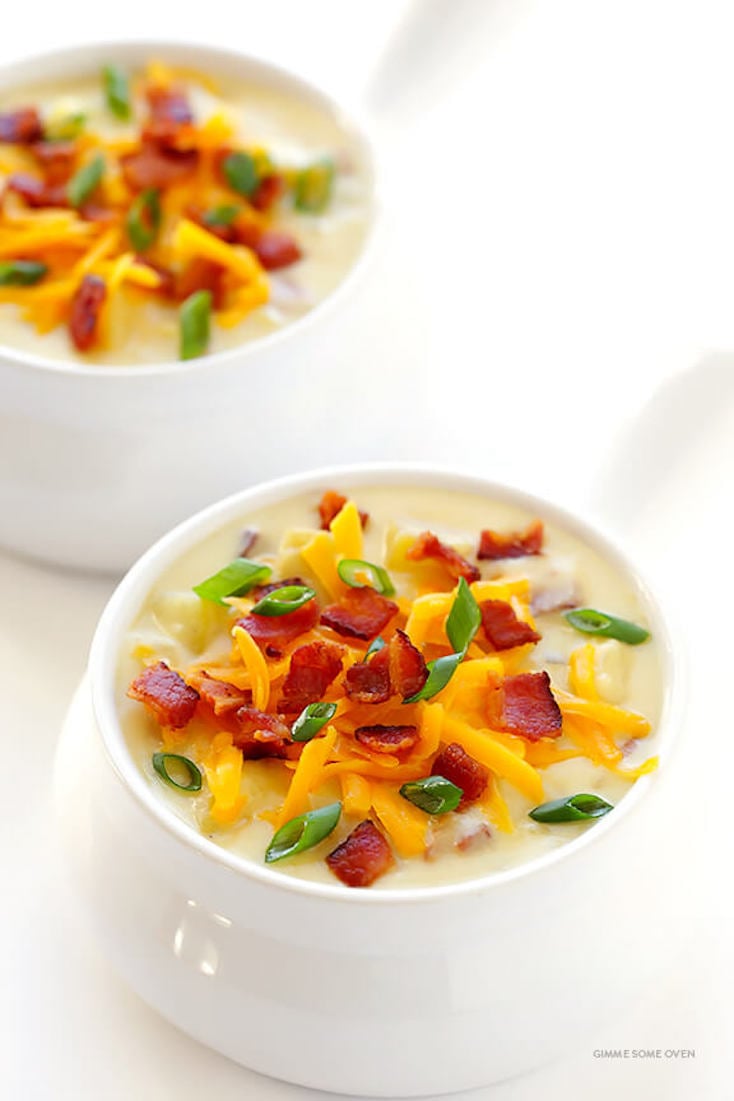 via Gimme Some Oven

Chowders come in so many forms, but Slow Cooker Potato and Corn Chowder might be at the top of my list. Again, swap out the chicken stock for vegetable stock for a vegetarian version. 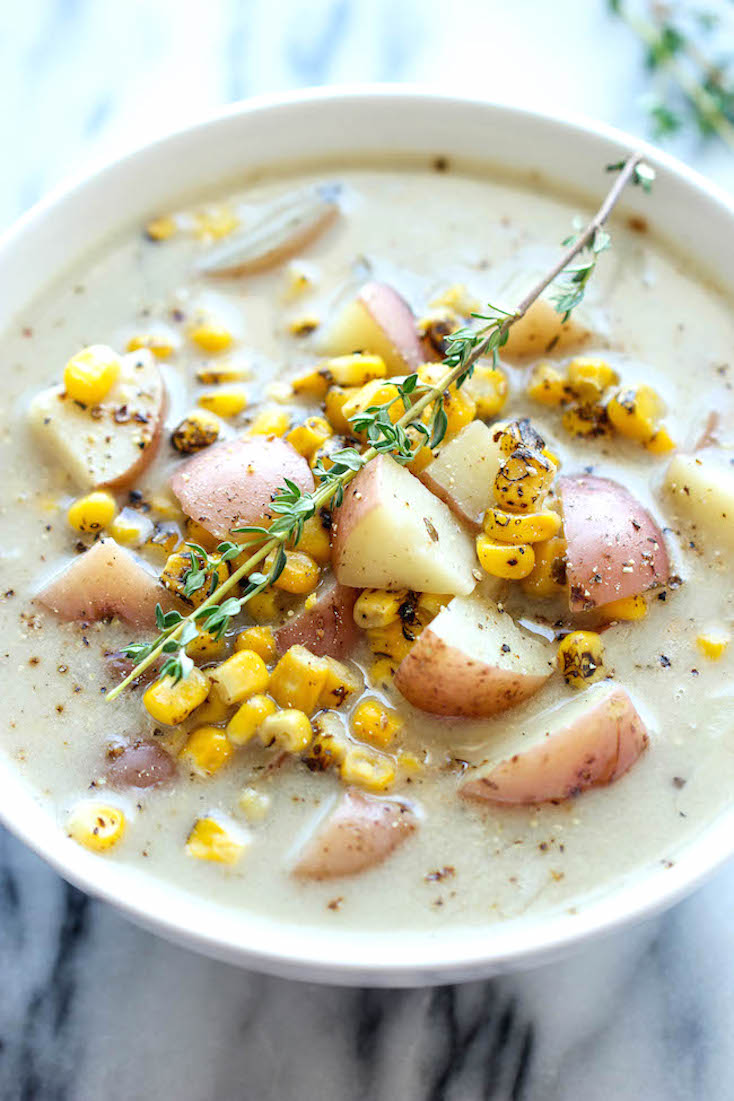 Slow cooker soups can warm you up—and fill you up—without a lot of effort on your part. Sounds like a great snow day meal to me!

Thanks for stopping by!
Christy